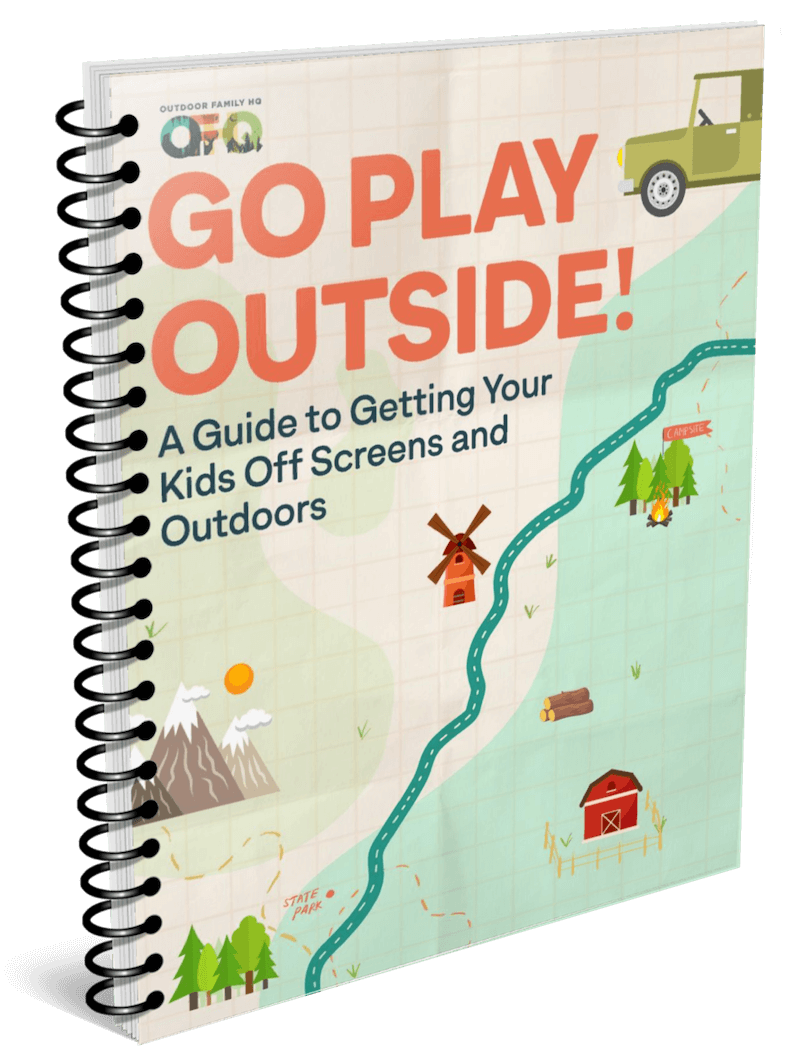 8 of the BEST National Parks Near San Diego California

The location of San Diego on the Pacific coast, near the Mexican border, and southwest corner of the contiguous United States may not seem ideal for national parks. Yet, there are more than a dozen national parks within a half day’s drive from this city.

In addition to national parks, San Diego is just a short road trip away from national monuments, preserves, and recreational areas protected by the National Park Service, outdoor adventure-scapes just waiting to be explored.

If you’re ready to leave the bustle of the city behind, gear up and hit the road. It’s time to get lost in some of America’s great treasured lands on your next road trip.

The following are 8 of the best national parks near San Diego with breathtaking scenic views and historical and cultural sites.

The Santa Monica Mountains National Recreation Area is located in the greater Los Angeles region. It’s one of the most popular and largest national areas in Southern California.

The Santa Monica Mountains offer a range of outdoor activities such as historic sites and wildlife viewing and you can also visit it for a hiking trip.

The huge national recreation area of the Santa Monica Mountains is divided into multiple protected natural areas and individual parks that include six California state parks.

The park also offers some stunning California state beaches such as Malibu, which are world-famous beaches located adjacent to the National Park Service site.

The Santa Monica Mountains National Recreation Area also offers over 500 miles of hiking trails where you can get as close to mother nature as possible. There are also some historical and cultural sites ranging from Native American centers to ranches.

You can take part in outdoor activities such as wildflower viewing, mountain biking, horseback riding, hiking, climbing, and camping.

The Joshua Tree National Park is located on the northeast side of San Diego, CA, and you can reach it within just three hours from the city. You’ll also enjoy a scenic and exciting drive through the southern California desert.

The Joshua Tree National Park, as the name implies, has huge forests of Joshua trees. It also offers palm oases, mountains, rugged hills, and expansive boulder fields that you will enjoy.

The park also has many campgrounds and most of them are situated in the Mojave Desert, which is the northern part of the Joshua Tree National Park.

The Joshua Tree National Park also offers many opportunities for stargazing just like most parks located in Southern California.

That’s why we recommend you spend at least one night in this national park to enjoy stargazing.

Death Valley is one of the most popular national parks near San Diego, CA. It’s a bit far away from San Diego but the activities and natural beauty it offers are worth the effort. Bear in mind that the name of the park doesn’t reflect what it actually has.

The Death Valley National Park is filled with life as a habitat to more than 400 animal species. It boasts one of the hottest and driest places on the continent, called Badwater Basin, and also has many historical and cultural sites.

You can visit old desert villages such as Stovepipe Wells and Furnace Creek, and go to Harmony Borax Works to explore the mining history of the area. These places have all sorts of facilities for tourists as well.

Scenic Artists Drive, Dante’s View, Zabriskie Point, and Mesquite Flat Sand Dunes are some other amazing places that you must visit in the Death Valley National Park.

It’s an international Dark Sky Park, which means you’ll witness the stunning and spectacular Milky Way in a way that you might have never done before.

If you love astronomy then you must bring your portable telescope to this national park and spend a night or two enjoying stargazing.

All these places and activities make the Death Valley National Park one of the best San Diego national parks.

From the forested ridges, brushy hillsides, and open grasslands to stunning sandy beaches and rocky hills, the Point Reyes National Seashore offers everything. This national park has more than 1,500 species of animals and plants that you can discover.

It’s also home to multiple types of cultures that you might have never seen or even heard before. The most popular aspect of this national park is its biological diversity. Interestingly, more than 45 percent of the bird species living in entire North America can be found in this park.

Additionally, the park is also home to more than 20 percent of the plant species of entire California. Other than the land animals, the Point Reyes National Seashore also allows you to witness marine mammals such as sea lions, elephant seals, and even whales.

Yosemite National Park is one of the best places that you can visit near San Diego. Not only is it a great valley and persistence of life but it’s also the tranquility of the High Sierra, the power of glaciers, the strength of granite, and a shrine to human foresight.

The most beautiful feature of this national park is undoubtedly the waterfalls that it has to offer. It’s a huge park that demands to be explored and you will find a vast wilderness area, ancient giant sequoias, rivers, waterfalls, incredible cliffs, grand meadows, deep valleys, and much more.

The Yosemite National Park is operated by the National Park Service of the United States and about four million people visit it every year. However, most of them only visit the same seven square mile area of the main visitor center in Yosemite Valley.

For some solitude, we recommend spending your time along the less-visited Tioga Pass and the many trailheads along the way.

It’s true that this area contains the most iconic viewpoints of the park including Half Dome and El Capitan, but you should also explore the part of the national park that is outside that valley.

You’ll find some stunning destinations such as Mariposa Grove, Tuolumne Meadows, and more.

The Cabrillo National Monument is home to a range of cultural and natural resources. It’s the only National Park Service in the entire San Diego and all you need to do is to go on the Point Loma Peninsula trip to reach it.

The park commemorates Juan Rodriquez Cabrillo’s (an explorer from Spain) first arrival to the West Coast in 1542, what we now know as the United States. He was the very first European explorer who reached this land and established a settlement in the area.

The monument is also home to the statue of Cabrillo at the place in San Diego Bay where Juan Rodriquez Cabrillo anchored his ship.

You’ll also enjoy great views of the skyline and harbor of San Diego and if you’re lucky and the horizon is clear, you’ll be able to see as far as the Coronado Islands and Tijuana in Mexico.

Cabrillo National Monument also has the Old Point Loma Lighthouse, which is another significant landmark in San Diego. This lighthouse is built 400 feet above sea level on top of a bluff but it’s not operational anymore and works as a history museum.

In simple words, this monument is a great place to enjoy the perfect climate of San Diego. From bird watching, cycling, and hiking to whale watching and tide pooling, you can enjoy everything here.

Channel Islands National Park stretches about 90 miles in the Pacific Ocean from the Southern California coast. It’s home to five remarkable islands and protects and preserves a range of national and cultural resources.

The national park is a biodiversity hotspot and creates a bustling soup of life because this is where the warm equatorial and cold arctic water currents meet. The abundance and variety of animals around the Channel Islands National Park are mind-blowing.

You’ll witness all types of animals from the largest whales to the smallest planktons.

From the mainland’s boat ride, you are almost certain to see dolphins and seals. If you’re lucky, you’ll also witness a whale or two. You can also spend time on these islands camping if you want, which is available year-round.

If you’re an adventurer, the five islands also offer numerous roads and trails to hike and explore the entire national park. Because of the unique geography of the Channel Islands National Park, you’ll witness unique archeological resources, plants, and animals that aren’t found anywhere else on earth.

If you want to go to a coastal destination rather than a desert national park to have fun with your family or friends, you can’t go wrong with the Channel Islands National Park.

Mojave National Preserve will suit you best if you’re looking for a peaceful and calm national park. It is located in Southern California between Interstates 15 and 40 along route 66. This park is home to cinder cone volcanoes, sand dunes, wildflowers, abundant spring, and Joshua tree forests.

You’ll also find old rock-walled military outposts, ruined homesteads, and abandoned mines. These places will take you back to the wild west days. Camping is also very popular in Mojave National Preserve and it has several campgrounds including Hole-in-the-Wall Campground and the Mid Hills Campground.

If you want solitude and serenity from major metropolitan areas, the Mojave National Preserve is one of the best national parks near San Diego for you.

All of these national parks are relatively close to San Diego, which means you don’t have to spend too much time driving if you want to visit any of them. And each one of these parks has something unique and different to offer so you can choose the one that suits your family’s taste the most.

So, what are you waiting for?

Add one of these parks to your family’s bucket list and start planning your next road trip to one of these national parks near San Diego. You’ll find that time passes quickly as you lose yourself in the beauty and serenity of our treasured lands.

Being outdoors is freedom! Being outdoors with my wife and two boys is LIVING! Whether in my backyard or getting lost in a National Park, there’s nothing I’d rather do than explore, discover, and experience the paradise that surrounds us. Give me my family, a backpack, and a trail and my life is full!